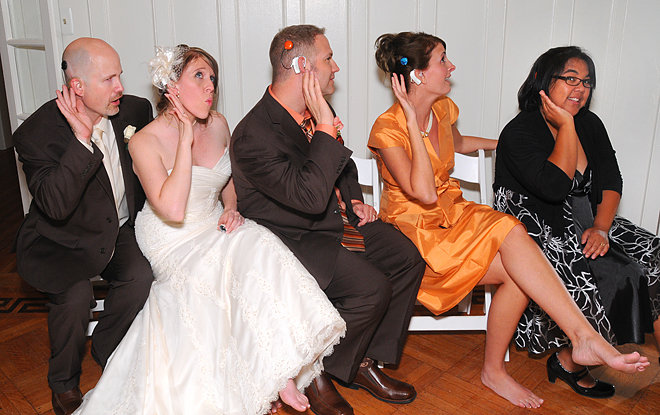 At the wedding of Todd and Abbie Hlavacek (couple at left), friends with cochlear implants from Advanced Bionics joined together in showing off their bionic ears. Todd received his implants in January 2010 and January 2012, Abbie in August 2007, Gregg Hlavacek (center, no implant), Jennifer Thorpe (second from right) in November 2007, and audiologist Tina Childress in August 2000 and December 2005. Way to Show Me Your Ears, friends!